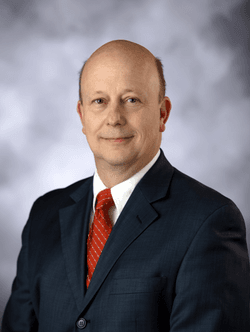 As Chief Operating Officer, K.C. works with NCF staff, volunteers, donors and organizational partners to impact the future of Greater Nebraska. He believes NCF will change both the story and the reality of rural places in Nebraska in dramatic and positive ways.  K.C. is based in Columbus but spends part of his time at the Lincoln office, and travels regularly to work with Nebraskans across the state. As a former member of NCF’s Board of Directors and Fund Advisory Committee member of the Columbus Area Future Fund, K.C. has a deep appreciation of NCF’s culture and accomplishments.  K.C. graduated from Truman University with a bachelor’s degree in psychology. Prior to joining NCF in 2019, K.C. was president of the Columbus Area Chamber of Commerce for 18 years, directing business and community development efforts for 800 members and the Columbus region.